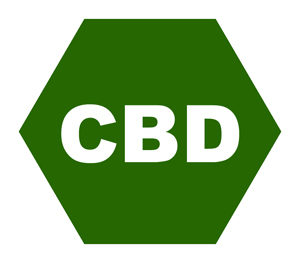 Its properties make the cannabidiol an innovative and valuable ingredient in cosmetics.

The cannabidiol is well soluble in fat cream bases for the care of dry, irritated skin as well as the treatment of oily  skin.

It is the most valuable active ingredient in hemp (Cannabis Sativa L).

Each hemp plant contains many cannabinoids and hundreds of other different compounds . Eight different substances alone are so similar to each other that they are called within the «cannabidiol type» family.
While the cannabidiol was isolated for the first time from hemp by a United States research team in 1940. Many of the other cannabinoids were discovered in recent times.

The oldest evidence dates back to the time around 2700 BC and is a native of China.
Total of 545 different active   principles have been detected in hemp until today  .

The effect of cannabinoids  such AS cannabidiol CBD in the human body is attributed to the fact that our body produces its own receptors called endocannabinoids.

Other substances with similar effects on human cannabinoid receptors have been found in other plant species. 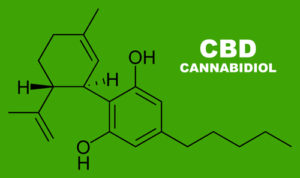 For example, beta-caryophyllene influences one of the cannabinoid receptors in cell membranes, called CB2 receptor. This substance is found in many species, such as basil, rosemary, cinnamon, oregano, cumin and pepper. The CB2 receptor is found among others particularly common in the human gastrointestinal tract. The cannabidiol has an effect on the CB2 receptor as well.
Even cocoa powder and black chocolate contain-although only traces-substances that have an effect on our cannabinoid receptors.

Cannabinoids of natural origin such as cannabidiol are composed of a terpene and phenol from a chemical point of view. This explains its excellent fat solubility and good antioxidant properties. Since both Terpenes and phenols are lipophilic and polyunsaturated.

Cannabinoids such as cannabidiol are not uniformly found in all parts of the hemp plant. The cannabidiol is concentrated mainly on the inflorescences and the small upper leaves of the female plants. Cannabinoids may be responsible for more than 20 of the dry matter of these inflorescences. Depending on the variety of hemp.
The hemp in the family of the «dioecious plants», ie, there are male and female plants. Meanwhile, even the varieties of hemp fiber monoecious have grown.

Possible medical and therapeutic effects of cannabidiol are currently being investigated intensively.

There are first indications, mainly from laboratory tests, that cannabidiol could counteract several chronic inflammatory diseases of the skin or gastrointestinal tract, various autoimmune diseases, conclusive disorders such as some rare and severe forms of epilepsy, certain types of cancer, as well as psychiatric disorders such as schizophrenia. It will be interesting to see which of these indications can be confirmed in human clinical trials.
One thing is clear already: The cannabidiol is a natural substance of the plant highly tolerated, with multiple beneficial effects for the human body, for both internal and external use.